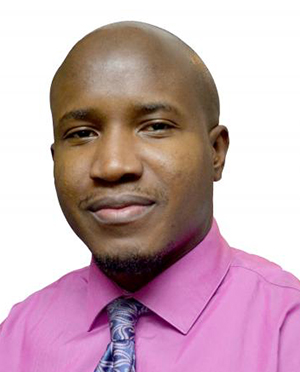 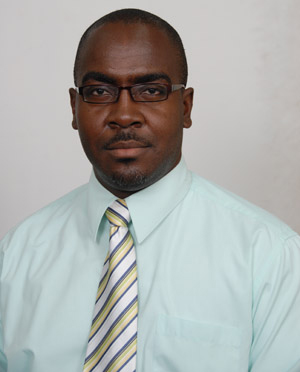 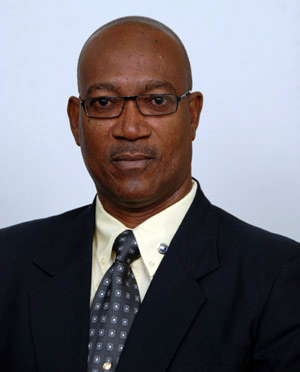 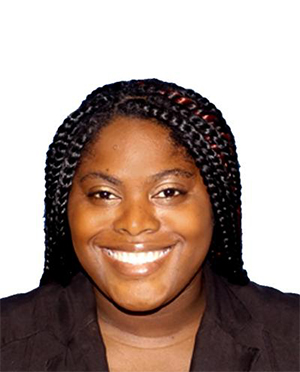 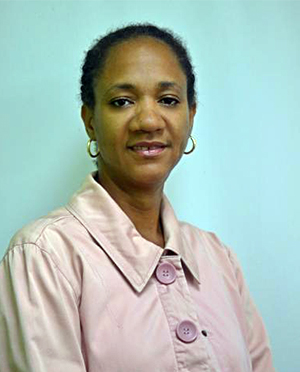 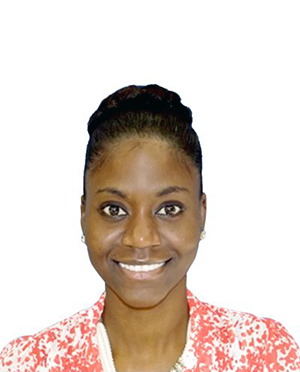 Mr. Ainsley A. Henry’s career in environmental research and management extends more than 20 years and has mostly been in Jamaica. He holds a Master of Philosophy (M.Phil.) degree in Environmental Management and a Bachelor of Science (B.Sc.) degree in Botany/Zoology (Double Major) from the University of the West Indies (Mona campus) along with multiple certifications in related fields.

Prior to joining the Forestry Department, he served as Programme Manager for the highly successful, Climate Investment Fund/Inter-American Development Bank funded “Investment Plan for the Caribbean Regional Track of the Pilot Programme for Climate Resilience (PPCR)” being implemented through the Mona Office for Research and Innovation at the UWI, Mona Campus. This programme is being executed across six Caribbean countries, namely Dominica, Grenada, Haiti, Jamaica, Saint Lucia and St. Vincent and the Grenadines.

Earlier in his career, he worked with both the Natural Resources Conservation Authority and the National Environment and Planning Agency (Government of Jamaica), in a variety of posts including as an Environmental Officer, a Manager and a Director.

His interest and training in forestry dates to his undergraduate studies where he not only did forestry courses, but he also focused heavily on wetlands, including mangrove forests and this continued into his graduate studies on the St Thomas Great Morass. He’s also published a number of papers on the subject matter including An Assessment of the Mangrove Forest in the Great Morass of St. Thomas and co-authored Heritage Protection, Ecological Sustainability and Economic Development... An unsustainable Trio?: A Brief Study of the Development of Falmouth Within the Context of the Cruise Ship Pier”.

Mr. Henry has held several board appointments, both internationally, including Vice-chair of the Ad-Hoc Working Group on Administrative Reform of the Ramsar Convention; Co-coordinator of the Caribbean (Ramsar) Regional Initiative on Wetlands (CaRIWet) and locally, including Council Member of the Jamaica Institute of Environmental Professionals (JIEP) and multiple boards and committees of the GOJ.

Mr. Henry is an avid hiker, amateur cyclist and photographer and a certified scuba diver.

Mr. Jerome Smith currently serves the Agency as the Principal Director of Forest Operation. Before coming to the Forestry Department, Mr. Smith served as Director of Natural Resources in the Environmental Risk Management Division of the Ministry of Water, Land, Environment and Climate Change.

He holds a Bachelor of Science Degree in Marine Ecology with a minor in Botany from the University of the West Indies-UWI- and a Master of Philosophy in Zoology also from UWI.

His noted achievements include Chair of the National Ramsar Committee, 2009-2013 and Jamaica’s Focal Point for the Convention on Biological Diversity, 2007- 2015

Mr. Smith is a member of the Jamaica Coral Reef Monitoring Network and the University Sub-Aqua Club. In his spare time, he enjoys diving, hiking and camping.

Donna Lowe joined the Forestry Department in October 2000 and is the Senior Director of Forest Science and Technology Services Division.

She has a wealth of experience which spans several positions within the Forestry Department. She has held positions such as Soil and Water Conservation Officer, Project Coordinator for the Lift Up Jamaica Project, Nursery Programme Manager, and Director of Forest Operation (Eastern Zone).

Miss Lowe is a graduate of the University of the West Indies (UWI) with a Bachelor of Science degree in Environmental Science. In 2005 Miss Lowe was awarded the Fulbright Organisation of American States Ecology Scholarship where she pursued her Masters in Forest and Natural Resource Management. Miss Lowe is a Director in the Pathfinder Ministry at her church.

Damart Williams is a graduate of the University of the West Indies where he obtained a Bachelor of Arts degree in History, a Master of Arts degree in History, and a Master of Science degree in Government (Public Sector Management).
He also holds a Bachelor of Laws degree from the University of London. He joined the Forestry Department in August 2009 as Manager for the Enforcement Branch, where he was instrumental in the successful prosecution of several forest-related offences. Prior to that he worked at the National Solid Waste Management Authority (NSWMA) as a Zonal Monitor where he was responsible for waste management, community public relations and the enforcement of the Solid Waste Management Act.
Mr. Williams also possesses expertise in Urban Forestry and Forest Fire Management practices.  He is a self-motivated, family-oriented person who believes in seeing things through to the end. He is also a music enthusiast.

Stephanie Cameron is the Principal Director of Corporate Services. Prior to this appointment, she served the Agency for five (5) years as Senior Director, Zonal Operations (Western).

She holds a Master of Science degree in International Public Development & Management from the University of the West Indies and an undergraduate degree in Urban and Regional Planning  from the University of Technology, Jamaica. Before coming to the Forestry Department, Miss Cameron worked at the St. Catherine Parish Council as the Project Manager for the St. Catherine Local Sustainable Development Plan and also Local Economic Development Officer under the Cariled Project.

Miss Cameron is certified in Strategic Corporate Planning, Supervisory Management, Project Management, Quality Management Systems, and Customer Service. She is a certified trainer by the Heart Trust NTA and has done the professional development certificate course Finance for Non-Financial Managers at the Management Institute for National Development.

She is a member of the Jamaica Customer Service Association as well as two non-governmental organizations- BirdLife Jamaica and Jamaica Nature.

She enjoys doing sign language, going to the gym, and participating in outdoor activities. Her philosophy is, life is tough but I am tougher- resilient to the core.

Dale Reid is a graduate of the University of Technology where he pursued a Bachelor of Science degree in Computer Science. He also holds a Master's in Business Administration from the University of the West Indies, Mona.
At the Forestry Department he is responsible for ensuring that the Agency is equipped with the technological tools necessary to perform effectively and efficiently.
Mr. Reid has held other positions within the Agency, including Systems Manager, GIS supervisor and System Administrator for the Technical Services division.
Mr. Reid is a self-motivated person who seeks out opportunities to help different portfolios benefit from the use of information communication technology. He is a family man who believes in community work and enjoys working with young people especially young men through sports development.
Mr. Reid is an outdoor recreation enthusiast who likes to hike, cycle, spelunking- walking through caves as well as singing.

Marcus Gordon has over 30 years experience in both the private and public sector. His experience spans Transportation and Fleet Management, Records Management, Facilities and Properties Management, Office Services, Disaster Mitigation and Energy Conservation.

Mr. Gordon is a graduate of the University of the West Indies and holds a Bachelor of Science degree in Economics and Management. He is also an avid Scrabble player and a Kiwanian.

Mrs. Francine Black Richards currently serves the Agency as the Senior Director of Corporate Communications and Marketing, a post she has held since May 2015.

Before she was appointed to this post, she served as Head of the Public Relations and Corporate Communications Branch for three months in 2010 and for the year, 2014.

Mrs. Black Richards started working with the Forestry Department in May 2010 as Public Relations and Communications Officer.

Before coming to the Agency, Mrs. Black Richards worked at the Gleaner Company as a News Reporter from 2003-2008 and as the Online Content Coordinator from 2008-2010.

Mrs. Alicia Edwards joined the Forestry Department in December 2014 and is the Senior Director of the Forest Resource Information Management (FRIM) Branch in the Forest Science and Technology Services Division.

Before coming to the Forestry Department, Mrs. Edwards spent 12 years at the National Works Agency, serving as GIS Officer and then GIS Manager.

Mrs. Edwards is a graduate of the University of the West Indies, where she obtained a Bachelor of Arts in Geography. In 2007, she was awarded a Chevening Scholarship, where she pursued her Masters in Geographic Information Systems. In 2010 she completed a Postgraduate Diploma in Business Administration and Management from the Mona School of Business and, in 2019, a certificate in Project Management. Mrs. Edwards also completed the Caribbean Leadership Development Programme in 2017.

Mrs. Edwards is a member of the Land Information Council of Jamaica Board and the Geographic Information Metadata Standards Committee.

Ms. Novelette Anderson currently serves the Agency as the Senior Director of Human Resource Management and Development. Before coming to the Forestry Department, Ms. Anderson served as HR Director at the Restaurant Associates Limited and Director, HR & Administrative Services at the Police Civilian Oversight Authority. She also served as HR Manager at Sandy Bay Sweets Limited and the Port Authority of Jamaica.

Ms. Anderson holds a Master of Business Administration degree from the Nova Southeastern University, Florida and Bachelors in Management Studies from the University of the West Indies, Mona.

Miss Davia Carty joined the Agency in 2011 as the Project Officer. In 2014, she moved into the post of Corporate Planning Analyst before later taking on her present responsibility as head of the Strategic Corporate Planning Unit.

Her experience prior to joining the Agency spans several years and organizations including the Jamaica Public Service Company Limited, the Caribbean Policy Research Institute (CaPRI), and the Women’s Resource and Outreach Centre. She was also a participant in a special internship at the Ministry of Foreign Affairs and an exchange student of the Political Science programme at the York University in Canada.

Miss Carty currently holds a Masters of Arts degree in International Political Economy from the University of Kent-Brussels School of International Studies (Belgium) and has certification/training in Project Management, Proposal Writing, Risk Management and Documentation and Process Mapping from the Bureau of Standards and University of the West Indies.

She is a member of the Young Adults Action Movement at the Webster Memorial United Church and also a member of various dance groups including the Praise Academy of Dance, the University Dance Society and the Movements Dance Theater Company of Jamaica.

Mrs. Madeka Henry Irving is the Senior Director of the Planning and Evaluation Branch at the Agency with over nine(9) years of extensive experience in research methodologies and statistical analyses, strategic management, programme monitoring and evaluation, project management, risk management, psychometrics, training, and development.

She holds a Master of Science degree in Applied Psychology(specialized in Organizational Psychology and Programme Evaluation), Master of Arts in Teaching, and a Bachelor of Science in Psychology (Hons) from the University of the West Indies (UWI), Mona.

Mrs. Henry Irving has received professional certification in Strategic, and Corporate Planning from the Management Institute for National Development (MIND) and Post Diploma in Management for Development Results from the International Center for Interdisciplinary Studies -CIESI.

Before coming to the Forestry Department, Mrs. Henry Irving served as Corporate Planner for the Jamaica Fire Brigade. She also served as Project Officer for Youth Opportunities Unlimited and Part-time lecturer for the International University of the Caribbean and Tutor in the Department of Sociology, Psychology, and Social Work at UWI.

Her philosophy is ‘all men are created equal and should be valued’.